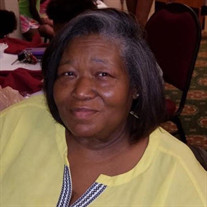 Myrtle Cooper, age 71, a resident of Mayfield, passed away at 7:17 P.M. Monday, January 17, 2022 at the Jackson Purchase Medical Center in Mayfield. She was a retired CNA and a member of New Vision Ministries in Mayfield. She is survived by... View Obituary & Service Information

The family of Myrtle Cooper created this Life Tributes page to make it easy to share your memories.

Myrtle Cooper, age 71, a resident of Mayfield, passed away at...

Send flowers to the Cooper family.