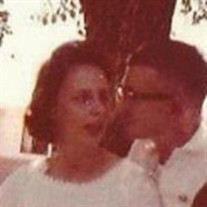 Gloria Jean Pack, 79, passed away on Monday, March 28, 2022 at the Murray-Calloway County Hospital. Private services were held at the Mayfield Memory Gardens on Friday, April 1, 2022. Gloria is survived by two daughters, Jeanne Pack-Schramer and Christine Pack-Berger; one son, Dennis Pack; and twelve grandchildren, Andrew Ross Duncan, Austin Schramer, Alexander Schramer, Mason Pack, Joe Pack, Kelsey Pack, Dalton Pack, Sarah Pack Salgado, Joseph Pack, Stephen Pack, Sierra Holder, and Joshua Holder. She was preceded in death by her husband, Fred; one daughter, Tena Pack Amayo; two sons, Brain Pack and Craig Pack; and one granddaughter, Sarah Torres. Gloria was a teacher's aide in the day time at Fort Ord Ca and Marina. After work she would work at the Fisherman’s Wharf to make ends meet. She was a strong hard worker. Gloria always stated you don’t turn your back on family. No matter what she was always available. After raising her six children, she raised two of her grandchildren, Dalton and Kelsey Pack. Her pride and reason for living were her grandchildren. Dennis Pack would like to thank Jeanne Pack-Schramer, Mary Boyd, Dalton and his wife, Sarah Pack for all the help and dedication they gave to Gloria. Final arrangements were entrusted to the Brown Funeral Home of Mayfield.

The family of Gloria Jean Pack created this Life Tributes page to make it easy to share your memories.

Send flowers to the Pack family.