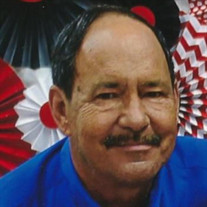 Donnie Gene Hopwood, born Wednesday, April 25, 1956 at the Fuller-Morgan Hospital in Mayfield, Ky to Vodia and Norma May (Holmes) Hopwood, passed from this earthly life and into heaven on Monday, August 16, 2021 at the age of 65. He came into... View Obituary & Service Information

The family of Donnie Hopwood created this Life Tributes page to make it easy to share your memories.

Send flowers to the Hopwood family.