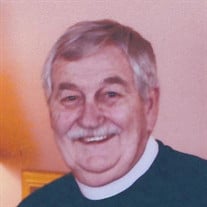 Mr. Donald Joe True, Sr., age 83 of Mayfield, Ky passed away on Wednesday, June 30, 2021 at 9:35 PM at his residence. He was a member of the St. Joseph Catholic Church; He was a retired Episcopalian Priest; and he was a U.S. Marine Veteran. Mr.... View Obituary & Service Information

The family of Donald Joe True, Sr. created this Life Tributes page to make it easy to share your memories.

Send flowers to the True, family.