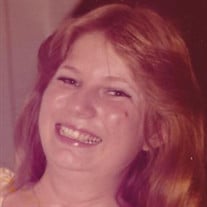 Deborah “Debbie” Lynn Lewis, age 65 of Wingo, Ky passed away on Wednesday, June 30, 2021 at 12:40 AM at her residence. She was 65 years old and a member of Grace United Methodist Church in Jackson, Tn. She is the daughter of Joe Len and Vivian (Heathcott) Lewis of Wingo. She received her Bachelor’s Degree in Library Science and Communications from Morehead State University and her Master’s Degree from the University of Kentucky. She was instrumental in establishing a library for prisoners in a Federal Prison south of Jackson, Tn. She was a member of the Jackson Professional and Business Women’s Club. During her illness, Debbie always greeted everyone with a smile which was true of her entire life. Her places of employment included Hazel Green Academy in Eastern Kentucky where she was school librarian, Purchase Area Development District, Reference Room Librarian at Paducah Public Library for 11 years, and youth librarian at Madison County Public Library in Jackson, Tn for 15 years. Her Church in Jackson lodged students from other countries who could not go home during semester breaks. Debbie provided a home for Tomo Shimabukuro, a student from Japan until her graduation. One of Debbie’s Church friends in Jackson sent her this note with this poem which is the way Debbie handled her entire illness. “I know not what this day may hold, but this I surely know. He who made the day will show the way, so I securely go.” She is survived by her parents; one sister- Laura Housman of Wingo; two brothers- Jeff Lewis of Eureka Springs, Arkansas and Tim Lewis of Wingo; several nieces and nephews also survive. She was preceded in death by a brother- David Wayne Lewis of Wingo. Services were held on Saturday, July 3, 2021 at 1:00 PM at the Brown Funeral Home in Wingo, Ky with Rev. Chris Clark officiating. Burial will follow in the Poyner’s Chapel Cemetery. Visitation was held after 11:00 AM on Saturday, July 3, 2021 at the Brown Funeral Home in Wingo, Ky.

The family of Deborah "Debbie" Lynn Lewis created this Life Tributes page to make it easy to share your memories.

Send flowers to the Lewis family.