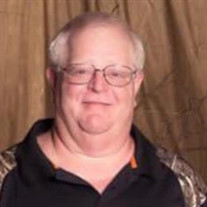 Mr. Curtis L. Horsley, Sr. age 56 of Wingo, Ky passed away on Saturday, December 19, 2020 at 8:42 PM at the Ray & Kay Eckstein Hospice Care Center in Paducah, Ky. He was a U.S.D.A. Food Inspector for 29 years, and a member of the Victory Baptist... View Obituary & Service Information

The family of Curtis L. Horsley, Sr. created this Life Tributes page to make it easy to share your memories.

Send flowers to the Horsley, family.