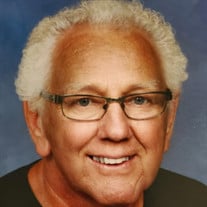 Mr. Bobby E. Chalker age 82 of Mayfield, passed away at 2:31 P.M. Monday, December 28, 2020 at the Marshall County Hospital in Benton. He was a member of Northside Baptist Church and retired manager of the former Mayfield Paint and Wallpaper... View Obituary & Service Information

The family of Bobby E. Chalker created this Life Tributes page to make it easy to share your memories.

Send flowers to the Chalker family.