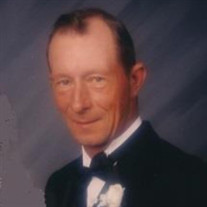 Mr. Billy Joe &#8220;Grasshopper&#8221; Lee, age 74, of Fancy Farm, KY passed away at 3:14 PM Friday, November 12, 2021 at the University of Louisville Hospital. Billy Joe was a member of the St. Denis Catholic Church and was retired from the... View Obituary & Service Information

The family of Billy Joe "Grasshopper" Lee created this Life Tributes page to make it easy to share your memories.

Send flowers to the Lee family.